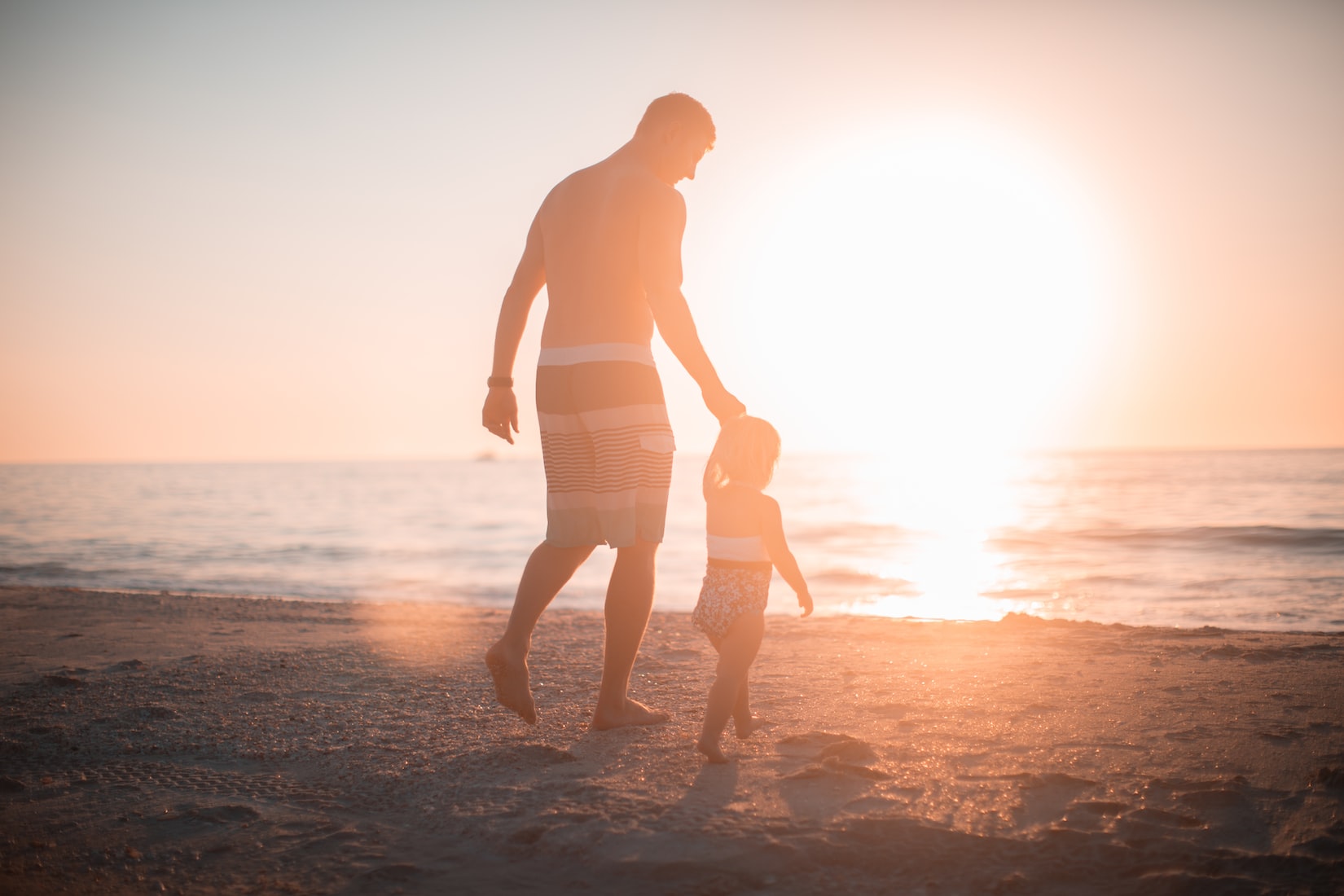 So what can happen when your children's photos are public?

It wasn't until the birth of my son and the Cambridge Analytica Scandal that I started to pay attention to the issues of child privacy on the internet. With 81% of children under two having an online presence and with all the privacy issues floating around, I started to wonder what could happen if my son's photo went public or viral.

While this is not a complete list of all the things that could or have, happened; this is a list of the things that have happened to children in the past that stood out to me. These are the four situations that were common or just downright disturbing. I'm not trying to fear monger here, but I do believe that parents should be aware of these situations that have happened in the past with public photos of children uploaded online.

4. Can hurt or destroy the child's future

As parents, I would hope that we want to do the best for our children's future. We want them to get a good education and hopefully have a better life than we do. We hope the things that we do will positively impact their lives and give them a bright future, and we want to protect them from any dangers that look to do them harm. Unfortunately, only time will tell how we did, but there are some actions of a parent uploading public photos of their child that we can see that resulted in having a higher risk of hurting their child's future.

Take Jason Howerton, for example, who shared his story to the NY Post. Jason, like any new father, including myself, was excited and proud of his son and wanted to share him with the world. He posted his son's photos and videos on Twitter sharing his son's journey in life. Unfortunately, someone decided to use Jason's son photo in the middle of a politically charged rant video on Periscope against Jason after Jason Tweeted a political message he did not agree with.

In an 2016 survey, Careerbuilder found that 70% of employers researched candidates on social media, and 54% found content that caused them not to hire them. In a 2020 article by Inside Higher Ed they state that 36% of admissions officers check social media and 32% of those officers found something that negatively affected the student's application.

While it was not wrong for Jason to express his opinion, only time will tell if his son's future will be affected by the events. "It is my job," as Jason says, "as a father to protect my son from any and all threats, no matter how small or unlikely. When you [share] photos of a non-consenting child on an open platform like Twitter that is accessible to millions and millions of people, some of whom may be mentally unstable, you are taking a risk."

In the same NY Post article, that tells Jason's story, we also learn that several CEOs of social networking sites and celebrities don't post their children online or go out of their way to make sure that they are not in the public light. It's interesting to me that a lot of celebrities and high profile individuals do this, yet, the 'normal' parents expose their children to the public without a second thought. Should we be taking a page out of their book and learning from their experiences?

3. Could expose the child to bullying

Do you remember "success kid"? Have you thought about what happened to the kid today? How was middle school for him? Unfortunately, we don't give it a second thought when we use these memes even if they seem harmless; I'll fully admit I'm guilty of it as well in the past.

Sometimes we are the victims of our own success and give fuel to those who create memes. A father created, what he thought would be a jest, a photo where he was throwing his son up in the air and used Photoshop to over exaggerate the height his son went into the air. It wasn't long before the photo went viral. Some people modified the photo to create their own memes, and others did not know that the original photo was a fake, calling the father's judgment into question. As far as we know, no one was bullied or made fun of, and I do hope that it stays that way, but both the son and the father are identifiable in the memes.

However, some memes are not always in good taste. Both a 6-year-old boy and a 4-year-old boy with genetic disorders were used as memes based on their looks. The mothers of both the boys had posted their son's photos in blog posts to bring awareness to their son's situations, hopefully giving their sons a better life. Unfortunately for the mothers, the internet is full of people that don't care or take any opportunity they can to troll others and used the photos to their benefit.

Once your photo is used as a meme, with or without your permission, there is little you can do to stop it. You can try to go after every site that has the image, but you will, unfortunately, never be able to remove it or prevent it from going viral.

2. The child could be digitally kidnapped

In 2015, a Dallas mother had her 4-year-old daughter photos stolen from her Facebook profile and reposted by a man, in New York, on his profile pretending that the daughter was his. Even though the Dallas mother had made her Facebook profile private, the man was still able to download the photos. Unfortunately for the mother, it was not illegal to pretend to be related to someone, and Facebook responded that the photos did not break the community guidelines.

Similarly, on Dr. Phil, a mother describes a situation where she posted her twin daughters on social media. She joined a Facebook support group for moms with multiples and posted the twins there as well. That is when she got a private notification that another woman was posting the twins on their blog claiming to be the mother. It was revealed that the imposter had been doing this for years having an entire back story for the twins, and even went as far as to have photos of the girls printed and displayed in her own home. Unfortunately for the real mother of the twins, the police were not able to do anything because no real 'crime' had been committed.

Digital Kidnapping can even take a dark turn and hurt the victims. A Seattle family found this out the hard way when they had their 17-year-old accused by the local police of sexually abusing his 11-year-old brother. A man had made a Facebook profile in the 17-year-old's name and created an entire fake world where the 17-year-old was gay and exploring his sexuality. The man posted a video of the 17-year-old's brother doing inappropriate acts in the bathroom and talked about how he would abuse the brother in chats. On further investigation by the father, they were able to prove that the child in the video was not, in fact, the brother, but another victim. Thankfully, in this case, they were able to get the charges against the 17-year-old dropped, but not after significant emotional damage to the family, especially to the brothers.

Unfortunately, as of now, I don't think there are any laws against Digital Kidnapping in the United States. Reposting photos is legal under criminal law. However, by misrepresenting one's identity or name may be illegal depending on your jurisdiction, or at the very least, result in a lawsuit. This article, nor I, represent legal advice, so if you are a victim or know someone that is a victim of Digital Kidnapping, please contact a lawyer and the proper authorities to understand what your options are.

1. The child's photo could be used for sexual exploitation

It's a sickening thought to think of my son's photos being used in a sexual manner, even if the photos are not inherently sexual or provocative. Unfortunately, there are real-world examples where parents either get lousy advice or don't think that it could happen to them.

In 2015 investigators for the eSafety Commissioner in Australia found a site with about 45 million photos and the senior investigator, Toby Dagg, said that "about half the material appeared to be sourced directly from social media." While the photos by themselves are not enough to be considered exploitative, they were accompanied by comments that did explicitly sexualize the children in the photos.

Your children's photos or videos don't even have to be taken from your social media account for preditors to use them. As a Youtuber by the name of Matt Watson has described it as a "soft-core pedophilia ring" in which videos of young girls at pool parties, doing gymnastics, describing their morning routines, or eating popsicles. It's in the comment section of these videos where you would find predatory comments, timestamps where you could "see things" or the child was in a sexual or compromising position and would share other predatory websites or videos.

The NY Post reported on this very situation on two instances that highlight how preditors exploited innocent videos of children uploaded to YouTube. In Brazil, a mother posted a video of her daughter and her friend playing while in a swimsuit. The video gained 400,000 views in a few days due to the YouTube algorithm played the video alongside other young children partly clothed. In India, a mother used YouTube to backup her videos of her son, and even though she never shared the videos, it didn't stop a video of her son taking a bath, where you can see his behind, gaining 5,000 views. The mother ended up taking down the video as quickly as she could, but I can't help to wonder how many people downloaded the video before she took it down.

This situation is probably the creepiest and most disgusting thing that could happen to your child's public photos, in my opinion. You don't know if this has happened to your child or how far the individuals will go once they have the photos. Preventing something like this is at the very top of my list because of the real-world dangers and the ugly turn it can take.

It's easy for us to want to protect our children from the physical dangers we grew up with, but we tend to forget or too easily say, "Oh, that won't happen to me" when it comes to the virtual or online dangers we're not used to. As parents, we need to take our children's online privacy just as seriously as we take their physical safety. We can do this by either changing our privacy settings or, better yet, finding a platform that allows us to share privately, taking our privacy as seriously as we do.

Sharing with friends and family is great; sharing with the entire world not so much.

Privacy matters to you and it matters to us
We believe that you shouldn't have to give up privacy and security to share your photos with friends and family.
Create your free account today